In the year 1919, Karl Ereky coined the term ‘biotechnology’ to describe the merging of biology and technology. Biotechnology at its simplest can be described as using technology that harnesses cellular and bimolecular processes for the improvement of our life as well as the planet’s.

People have been harnessing biotechnology for more than thousands of years for making bread, alcoholic beverages and cheese and preserving dairy products. But such applications are not what biotechnology is meant by today. For more than a decade now the biotechnology industry was dominated by recombinant DNA technology and genetic engineering. Right now biotechnology has spread vastly over some sciences such as genomics, recombinant gene techniques, applied immunology, genetic engineering, cell and tissue culture technologies and development of pharmaceuticals therapies and diagnostics tests. In addition to the application mentioned above, biotechnology also involves merging biological information with computer technology and also applying the use of stem cell research and cloning to replace dead or defective cells effectively. In addition to healthcare, biotechnology has also proved helpful is refining the industrial process through the discovery and production of biological enzymes that speaks chemical reaction that are used for environmental cleanup and in agricultural production through genetic engineering. Biotechnology has its roots embedded in the agricultural industry too. Farmers make use of biotechnology by production of generally modified crops, the DNA of which crops has been modified with the use of genetic engineering techniques. These certain kinds of crops include perks such as resistance pests, diseases, resistance to chemical treatments and certain stressful environmental conditions. In this manner biotechnology branches out to nearly all application and industries given proper research and resources. We at MIR believe in harnessing our knowledge to the fullest in the hopes of giving our clients the most exclusive analytical reports. Our reports contains the latest in biotechnological advancements along with detailed forecasts for years to come giving our clients the edge that they need in order to put them ahead of the field. 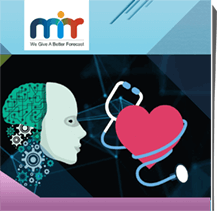 Viral vectors are tools that are commonly utilized by molecular biologists to deliver genetic material to a particular cell. This process can be performed inside the living organism or in the cell culture. Therefore, these viruses have evolved sophisticated molecular mechanisms to transmit their genomes efficiently inside the cells that they infect. Additionally, in molecular biology research, viral vec… Read more

Plasma is a partially ionized gas that contains equal numbers of positive &negative particles. Cold plasma is plasma where the electron temperature is relatively high while the translational energy of heavy particles remains very low at a temperature similar to the room temperature and the ionization degree is typically low. Several different gases, including helium, argon, nitrogen, heliox, among others, can be use… Read more

The device used to carry out biological reactions is termed as a bioreactor.They are sterile vessels equipped with temperature controllers and gassing facilities required for starting a biochemical reaction. Control over temperature, moisture, pH level, oxygen levels and stirring rates yield the most suitable conditions necessary for maximized cell growth and productivity.Bioreactorsmimic a natural biochemical environme… Read more

The rising incidents of non-communicable chronic diseases are creating a need for the adoption of treatment measures. Many non-communicable chronic diseases can be successfully treated with organ, tissue, &cell transplantation. The Human Leukocyte Antigen (HLA) test, also referred to as HLA Typing, is conducted to determine tissue compatibility for successful organ transplantation. The test involves matching HLA anti… Read more

Regenerative medicine can be defined as a field of science which is focused on repair, replacement or regeneration of diseased cells or organs and can help in restoration of normal functioning of these tissues or organs to some level. Regenerative medicine boosts the normal immune system to functionally heal irreparable tissues or organs, or it helps in accelerating the healing process. Regenera… Read more

DNA sequencing can be defined as the process of determining the sequence of nucleotides in a piece of the DNA. The process involves technologies which determine the order of four bases, viz., adenine, thymine, guanine, and cytos… Read more

Capillary electrophoresis is a form of electro-kinetic separation in which biological & chemical substances are subjected to separation in micro- and nanofluidic channels and diameter capillaries. The substances which are analyzed, are referred to as analytes, which under the influence of an electric… Read more

The function of the immune system is to produce a response intended toward protection against harmful bacteria, parasites, and cancerous cells and to prevent them from invading the body. Autoimmune diseases result in the body’s own immune system attacking body parts including joints, skin, pancreas, and other organs. There are more than 80 types of autoimmune diseases that affect different body … Read more

Polymerase Chain Reaction (PCR) is a quantitative PCR method used for the amplification of nucleotides such as DNA or RNA. For dPCR, the sample is partitioned into a large number of individual wells before the amplification step. After amplification, the presence or absence of fluorescence is then used for determination and quantification and it is calculated using Poision statistics. D… Read more

We are prime provider of research reports for the latest technology trends and their future growth to start & grow your business.

Our mission enables us to see around the corners and research with all the possible perspectives hence our research report delivers the global market dynamics.