Covid-19 Impact
Click here for an extensive analysis of the COVID-19 impact on the 3D Cell Culture Market .

Advent of new techniques, namely scaffold-free systems utilized for translational pathway development for tissue have been extremely crucial in incrementing the demand for 3D cell culture market in recent times. Moreover, increasing R&D investments & funding from both private and public sector in the field of cell-based research has played a significant role in increasing the demand for such products. However, lack of infrastructure for research in relation to 3D cell culture is anticipated to restrain the growth of the market to a certain extent. 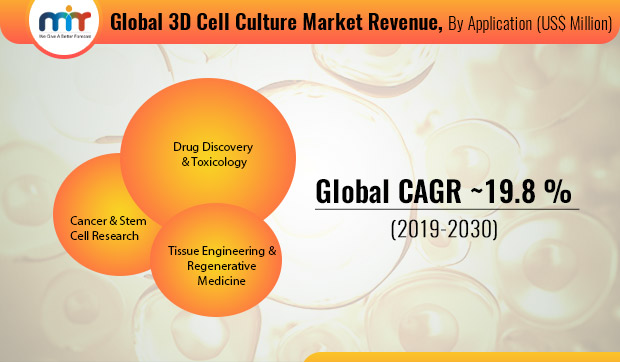 On the basis of end users segment can be divided into research institutes, pharmaceutical & biotechnology companies and other end users. Increasing investments in the field of R&D, increasing funding from private as well as public sectors and presence of a large number of pharmaceutical and biotechnology companies is estimated to contribute significantly to the dominant market share of this segment.